How to dispose of cooking oil? 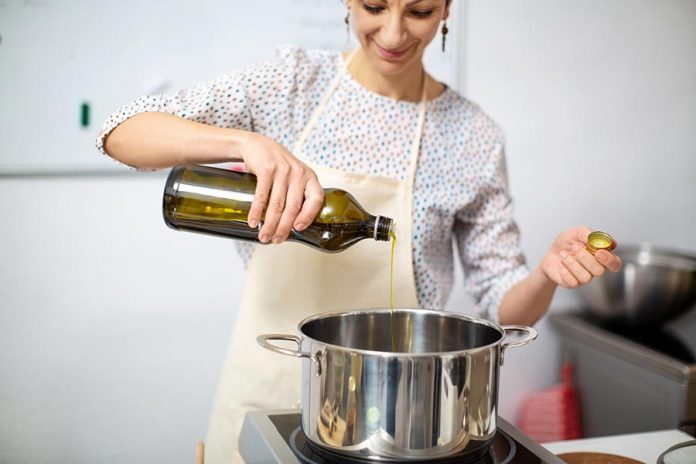 Remember that you should not dispose of the cooking oil in the trash bin and down the drain. First of all, let the oil cool down after this, pour it into a non-leachable container, and when your container fills up, put it into a plastic bag to prevent any leakage and then dispose of it in a trash bin.

You can reuse your cooking oil if it is clean and does not contain any flamed food particles, and was not heated past smoke point. You can reuse it for frying and baking purposes, and after a few uses, you can dispose of it as instructed above. Follow the steps below to reuse it.

You can also recycle used cooking oil to the sites that store used oils for some productive purposes. Strain the oil to filter food crumbs, then store it in a waterproof jar or container and deliver it to the oil recycling places near you.

You can also use it as a non-toxic pesticide. If pests and insects attack your plant, you can spray used cooking oil because it can work as a pesticide and prevent the insects from coming back. 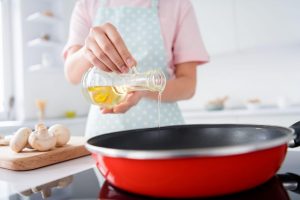 Suppose the cooking oil you use does not solidify even after cooling down but remains in a liquid state. Then it would help if you mixed it with flour. And after this, you can dispose of it in a jar or container and throw it in the garbage.

Also read: How to cook quinoa