How long does it take to charge a tesla? 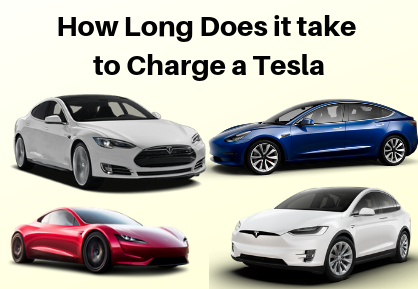 Tesla drivers are often asked how long it takes to charge a Tesla. It is very unfamiliar for someone who doesn’t drive an electric car to imagine waiting a long time for the vehicle to be “full” again. After all, you are used to driving from a petrol or diesel vehicle to the gas station, waiting a few minutes until the tank is full, paying, and then driving again. In comparison, the electric car driver remains much longer until his battery is filled with enough energy again, doesn’t he?

Guesswork and habits: How long does it take to charge a tesla 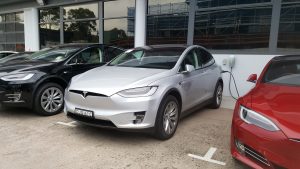 Mainly guesswork and habits lead many people to believe that driving an electric car is impractical. Assumptions because you have already heard or read somewhere that it takes a long time until the battery is whole again. In addition, this is known from the mobile phone, the battery of which is not fully charged again in two minutes. On the other hand, it is a habit because one subconsciously assumes that a car usually runs almost empty of the tank. Then you consciously make your way to the gas station and fill it to the brim again.

This way of thinking is incorrect for electric cars. Firstly, because the car also charges on its own, you don’t have to stand by during the charging process. Insert the plug, done. A movement that is easier and faster than filling up with gasoline. Second, compared to gasoline, electricity is not only available at gas stations but practically everywhere. Instead, imagine it so that the car ideally always charges when it is standing around somewhere and is not in use. In practice, it looks like this, for example:

Admittedly, those who cannot charge at home have to plan well. But if you also have the option of bringing a power connection. Or a charging station close to your own parking space at home. You no longer have to worry about charging. You drive off every morning with a full “tank” and use the full range of the battery for the day.

How long does it take to charge?

The speed at which a battery can charge depends on various conditions. The loading speed is also not linear. The fuller a battery becomes, the slower it will charge. Think of it like a watering can that fills under a tap. If you want to prevent the watering can from overflowing. You have to steadily reduce the water jet to make it full to the brim. If you are always in a hurry. You should therefore deal with the topic of how long it takes to charge a Tesla from the various power sources before buying an electric car.

The following table compares the “per hour” or “half hour” charged range of the current Tesla new vehicles at the respective power connections. These values ​​are average values ​​and may vary depending on consumption, i.e., driving style, weather, etc.